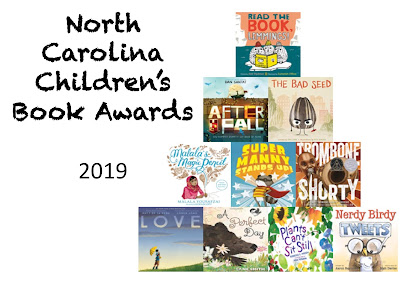 Andrews, Troy.  Trombone Shorty.  Illus. Bryan Collier.  New York: Abrams Books for Young Readers, 2015.
Hailing from the Tremâe neighborhood in New Orleans, Troy "Trombone Shorty" Andrews got his nickname by wielding a trombone twice as long as he was high. A prodigy, he was leading his own band by age six, and today this Grammy-nominated artist headlines the legendary New Orleans Jazz Fest.
de la Peña, Matt.  Love.  Illus. Loren Long.  New York: G.P. Putnam's Sons, 2018.
This book depicts the many ways we experience this universal bond, which carries us from the day we are born throughout the years of our childhood and beyond.
DiPucchio, Kelly.  Super Manny Stands Up!.  Illus. Stephanie Graegin.  New York: Atheneum Books for Young Readers, 2017.
The story of a brave little raccoon named Manny, whose superhero games at home give him unexpected strength at school when he puts on his invisible cape to stand up to a bully.
Dyckman, Ame.  Read the Book, Lemmings!.  Illus. Zachariah OHora.  New York: Little, Brown and Company, 2017.
A literate fox attempts to teach a trio of overzealous lemmings to read in order to save them from their habit of jumping off cliffs.
Hirsch, Rebecca.  Plants Can't Sit Still.  Illus. Mia Posada.  Minneapolis: Millbrook Press, 2016.
Describes some ways in which plants can move, from sunflowers turning towards sunlight and vines creeping up a fence to tulips folding in at night and maple seeds whirling like helicopters in the wind.
John, Jory.  The Bad Seed.  Illus. Pete Oswald.  New York: Harper, an imprint of HarperCollins Publishers, 2017.
The bad seed changes his mind about being bad and decides that he wants to be happy.
Reynolds, Aaron.  Nerdy Birdy Tweets.  Illus. Matt Davies.  New York: Roaring Brook Press, 2017.
Spending all of his time on social media making online friends, Nerdy Birdy neglects his live friend, Vulture.
Santat, Dan.  After the Fall: How Humpty Dumpty Got Back Up Again.  New York: Roaring Brook Press, 2017.
After falling off the wall, Humpty Dumpty is very afraid of climbing up again, but is determined not to let fear stop him from being close to the birds.
Smith, Lane.  A Perfect Day.  New York: Roaring Brook Press, 2016.
A perfect day means different things to different animals in Bert's backyard.
Yousafzai, Malala.  Malala's Magic Pencil.  Illus. Kerascoët.   New York: Little, Brown and Company, 2017.
As a child in Pakistan, Malala made a wish for a magic pencil. She would use it to make everyone happy, to erase the smell of garbage from her city, to sleep an extra hour in the morning. But as she grew older, Malala saw that there were more important things to wish for. She saw a world that needed fixing. And even if she never found a magic pencil, Malala realized that she could still work hard every day to make her wishes come true. 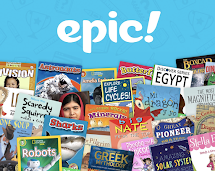